“It’s really important to me that all of the teachers know the students' names. We really take the time to be very welcoming and invested in each person.”

Amie Henry, owner of I AM YOGA, started practicing yoga in2013 when she was struggling with anxiety and a friend of hers suggested yoga might help. Not long after taking her first class at I AM YOGA, Amie became a frequent attendee and fell in love with the practice.

Like any yogi knows, the next step after becoming comfortable with your practice often includes learning to teach—and that’s just what Amie did. Originally, she started training simply to learn more and grow her skills. But by the time she was finished, she was ready to become a full-blown instructor at I AM YOGA.

Having started her journey at I AM YOGA as a work-study student, Amie became incredibly involved with the community there. So much so that students thought she was actually the owner.When the previous owner decided to move away, she offered Amie the studio and Amie decided to take the leap into entrepreneurship.

Amie remembers the unfamiliar feeling of stepping into the boss role. There was a chunk of transition time when it was tricky for her to own the fact that she was the owner of I AM YOGA.

“For me, there was definitely a period of what the heck did I do? I think having had such an amazing community set up and handed over to me that just really needed some love was a really great start.”

Luckily, the shift turned out tobe incredibly smooth. Amie has made I AM YOGA her own. 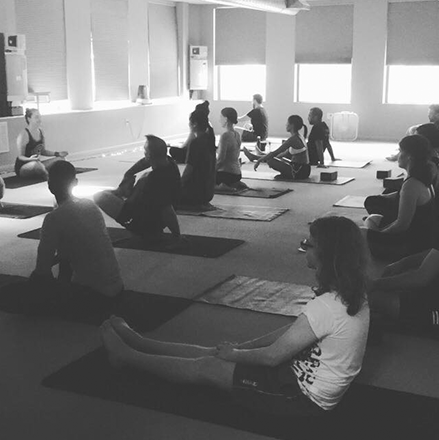 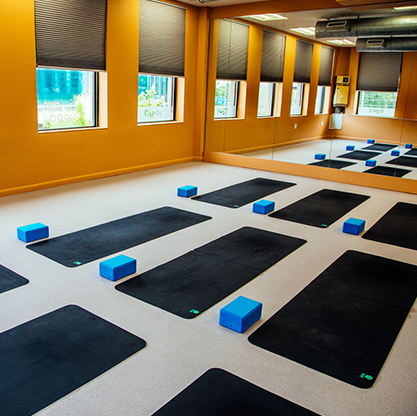 When Amie took over IAM YOGA, the original pay scale for teachers had been based on a per-head bonus. But Amie wanted those instructors to be able to focus fully on showing up for their students instead of stressing out over compensation.fitDEGREE’s pricing structure allows Amie to save a significant amount each month which, in turn, allows her to get rid of the previous per-head bonus system and pay her team members an increased flat rate.
‍
This is actually a big deal for instructors.

As independent contractors,Amie’s instructors no longer have to feel pressured to be in the studio during high-traffic times so make sales and earn commission. Now they are paid fairly and can focus on what they do best—teaching and engaging with the I AM YOGA community.

“I was just blown away by how much we were paying for software.”
‍‍

While price was a huge factor in Amie’s decision to use fitDEGREE, it certainly wasn’t the only factor. Any software she was going to use had to be a great experience for the customer,because there’s no studio without them either! And it all comes down to a seamless check-in experience.

“At the end of the day, we just wanna teach the class. We don’t wanna be tied up at the front desk trying to figure out how someone needs to pay. People are there for their yoga.”

‍Students and teachers were able to get comfortable using fitDEGREE within just one month of switching! With a smooth visual look in addition to fitDEGREE’s straight forward, easy-to-use features, Amie’s students feel at ease. There was never any clunky check-in process; now Amie’s students simply sign in using the app or from a tablet in the studio and get down to yoga without delay.

Aside from fitDEGREE’s user-friendly features and the incredible savings, it was fitDEGREE’s emphasis on connection and community that really convinced Amie to make the switch from her previous studio management software.

What does community mean at I AM YOGA? They’re a family, which is one of the reasons Amie knew that fitDEGREE would be the right fit for her.

Keeping up with the challenges of maintaining a yoga studio is never easy! Amie appreciates that fitDEGREE “gets” what a yoga studio owner needs. Now that she has her payroll and class sign-up process running smoothly, she has time to feel more comfortable in her role as owner at I AM YOGA. 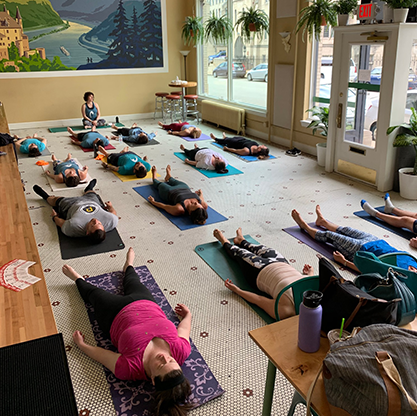 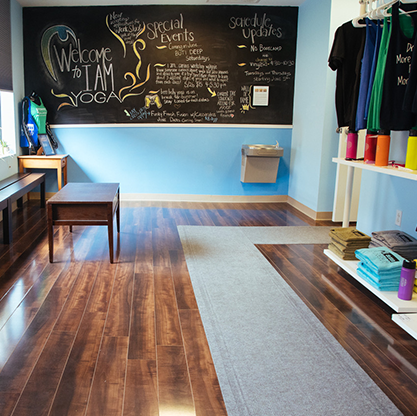 What’s Next for I AM YOGA?

Amie hopes that she can work to find more effective ways to market and promote classes at I AM YOGA as she continues to engage withher students and people in her local area looking to start practicing yoga. Moving forward, she hopes that her studio maintains its role as an oasis for the community. After all, family is what’s most important.